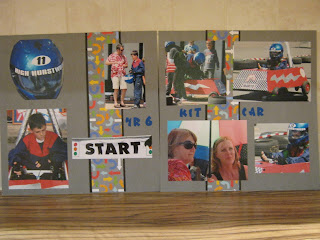 When Jasper and Eliza were in Year Six, after SATS, they worked on a project to build an electric kit car. The finale of all this is a Grand Prix in which they compete against other schools. I can't remember now where they finished, no doubt they will tell me, but they did get a trophy of some sort! 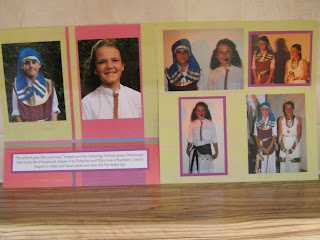 Tricky one to scrapbook this because of all the colours in the pics. The school production was "Joseph". Eliza was a narrator and had a lot of solo singing and Jasper was Potiphar. Jess made the Dreamcoat and I made Jaspers outfit! 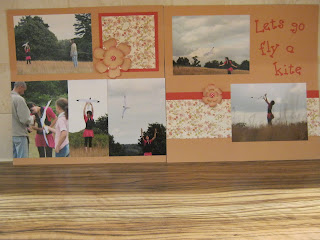 As part of our A-Z year (which we didn't finish, we only got to O I think) we went in K week to fly a kite. Previously we had been to a kite show in Seaford and bought a cheap kite, shaped like a seagull so we were trying to get this flying. All attempts were pretty unsuccessful. However, Ken dug an old PeterPowell Stunt Kite out of the garage (yes you DO remember those from the 70's!) and that flew really well! In the end, we just got some lovely photos!