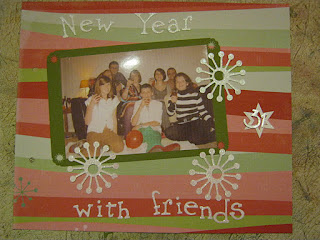 These entries are definately getting plainer as I rush on with them! I hope I don't look back in years to come and think I sold out! New Year's Eve is where we are now and this year, for a change, we went out! My friend Alison invited us over. She has a daughter the same age as Jasper and Eliza and a cutey pie son who is just 6 months old. We had a fabby time with lots of silly games and didn't get to bed til 2.30! 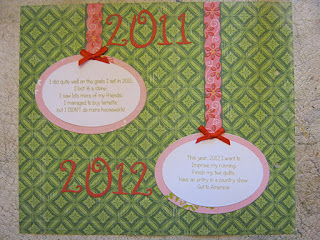 New Year's Day and those resolutions again! I re-visited last years and was quite chuffed to see I had achieved several of them! I set some realistic ones for this year too....I hope! 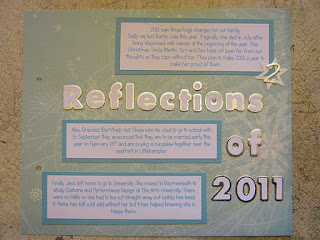 2nd January was meant to be about the innocence of Christmas but I had nothing to say about that. Instead I chose to reflect on our 2011 which has been difficult at times. A plain page as I wanted it to be calm and peaceful bearing in mind the content of my entry.
So nearly there, last push to the end now!