Another "make" that was inspired by this and I followed the tutorial. 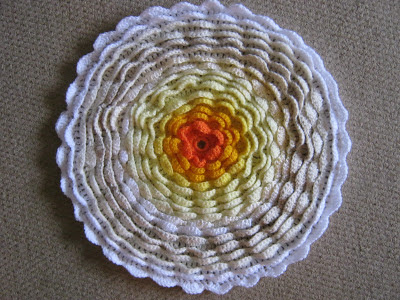 Once I sorted out all my DK wool I found that I have a surplus of cream and white. I envisaged my version of this starting with an  intense orange and fading to white on the outside rim, much like a narcissus... 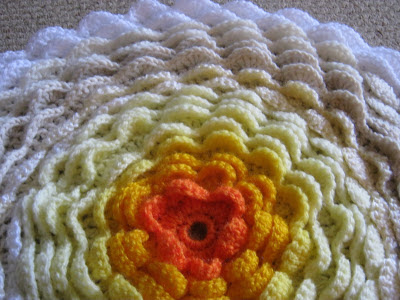 Here is the finished front. I am quite pleased with the effect. 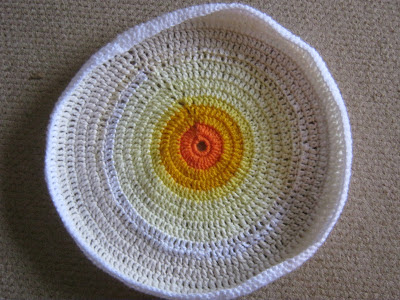 The back is the same minus the petal rows, but it does curl up a little! 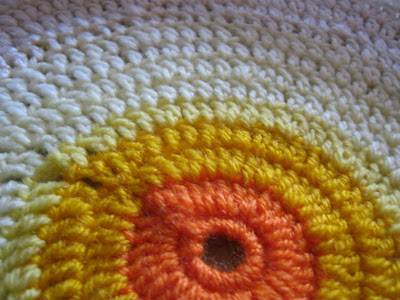 I was quite impressed how even my crochet is becoming. 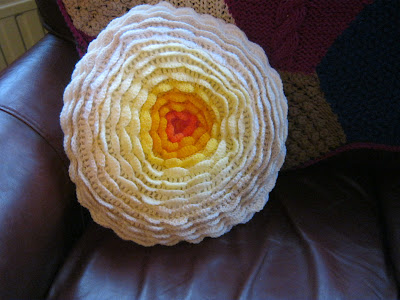 Then I joined the two halves together by slip stitching and stuffed them. There was a small hole in the centre where I had formed the foundation ring so I popped a button in it and pulled it to give the cushion some shape. 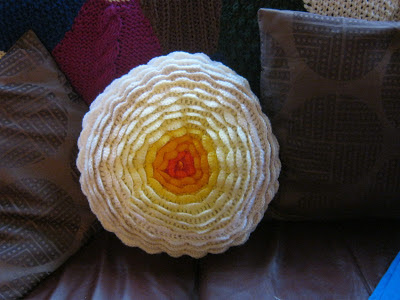 Quite chuffed with it now and it looks particularly effective against my brown sofa!
Right no more projects until my rainbow blanket is done. Just 16 more squares to go...

Brilliant - can we see it tonight?
burnice x