So another holiday has drawn to a close and I am now back at work for 6 weeks until half term so all bulk crafting slows down! But I did manage to finish a few projects over the hols as I have shown you.
Now for the last thing I finished, my garden flower quilt, shamelessly lifted from Attic24 and adapted slightly for my taste. 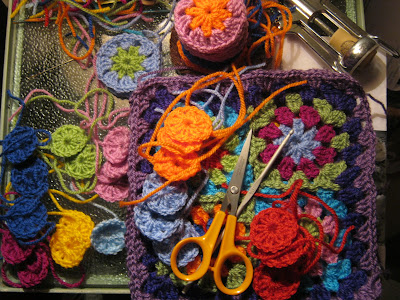 I adopted a more systematic approach to this throw, using up my scraps from the rainbow throw but actually allowing myself to buy some too. I chose thirteen colours. There were fourteen but the last was too light and didn't go,so I left it out. First I made lots of middles (the small circles) then I randomly did another round (larger circles) before making them into either a turquoise or a lime green square. 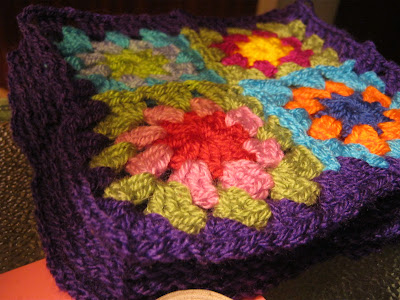 These were joined into a fourpatch by crocheting them together as I went, again a technique I learnt from Attic 24. I edged each fourpatch with dark purple and then with lighter purple. I'm sure my Mum (and Burnice) would call it "mauve" but that colour doesn't exist in my palette, much like beige, so I shall call it light purple!
Next I joined these fourpatches together with dark purple again to form the throw which is 6x6 squares. 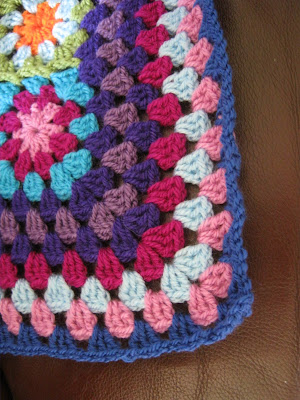 For the first time ever I thought I would try a border so I chose four colours from the centre and added four rounds in magenta, light blue, pinky purple and royal blue. 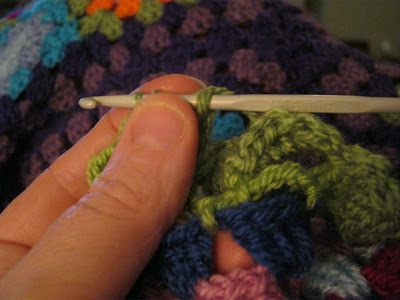 Finally the piece de resistance....a scalloped border no less, again from Attic 24 and VERY slow to crochet but fabby once done! 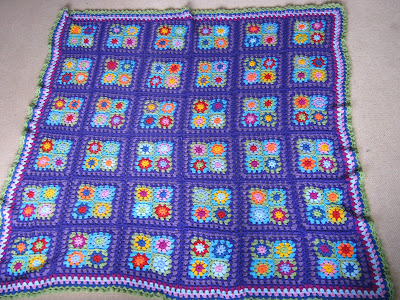 So there it is...rubbish pic as it's been used and rumpled and it's too bright in my lounge to take a good shot. 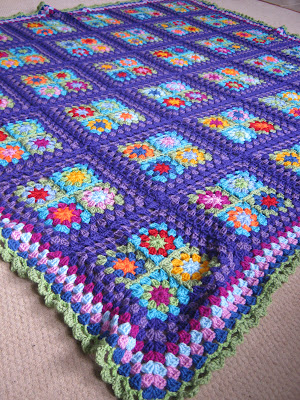 I love the border and it was well worth the hours. 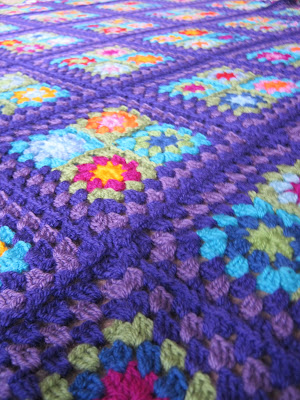 The colours are so me too, 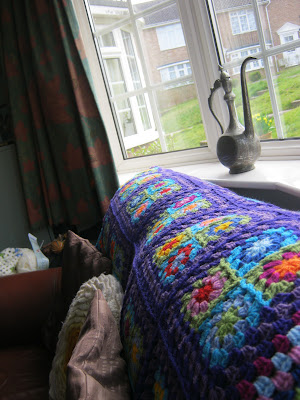 and it is going to live here, on the back of my sofa. 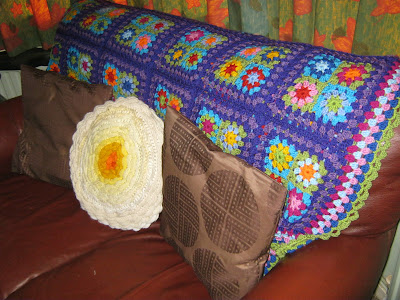 Need to cover those brown cushions now and get new curtains!

Likey likey! Are you going to bring it to the craft cabin next time, so I can see it irl?