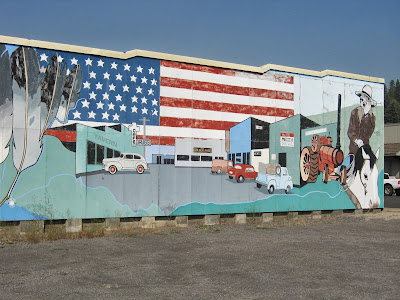 August 19th; This was Dad's first day back and after shopping for food he said we just HAD to visit this ghost native american town with a fab art gallery.....well it was disappointing apart from this mural painted on the wall opposite! 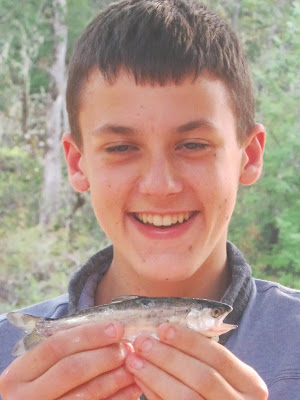 20th August; a trip to the Rogue River Gorge and then a picnic downstream. There were two men trying to catch the huge fish that were leaping about in the stream. When they had left Jasper found this one floating in the river! Isn't it HUGE!!!! 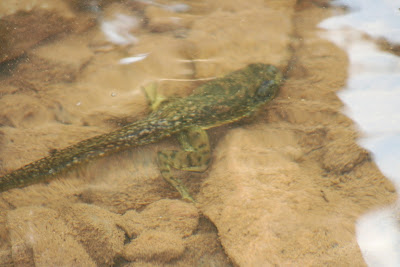 21st August; a second trip to Lake of the Wood but it wasn't nearly so sunny today and we went to a different part where the children found this tadpole...it is about 10" long and will grow into a bull frog! 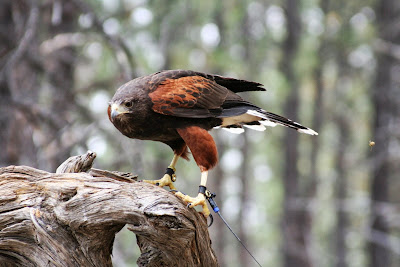 22nd August; it rained today so we decided to do more indoory things starting with a trip to the High Desert Museum and a Raptor display. This showed some of the raptors that live in this part of the country, many we have seen from Dad's lounge window! We haven't seen any of these though; this is a female Harris hawk. 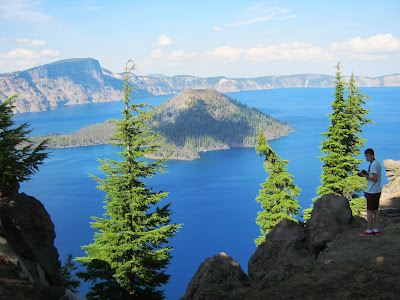 23rd August; This is Crater Lake; If you ever visit Oregon this is one place you must visit. Photoes just can't do it justice but this is at over 7000 feet and is a volcano that once stood probably 14 000 or so high until it blew. Then it formed a crater in which a further explosion created the second crater (it looks like an island) which actually gave the place it's name. We drove all around the rim, about 30 miles. 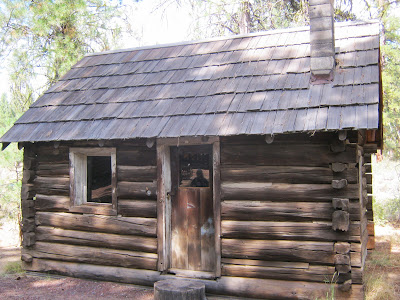 24th August; It was my Dad's birthday today but instead of putting his feet up we went to a logging museum which showed us how the timber business developed in this area. This is one of the log cabins that the pioneers built to live in and this particular one was lived in until the 1950s before it was moved to the museum. 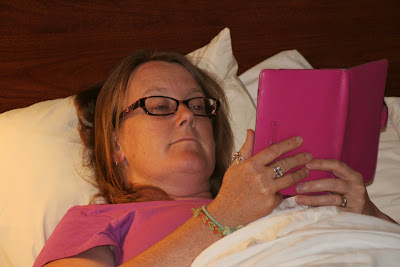 25th August; today we left Oregon and drove 5+ hours to Vacaville, about an hour outside San Francisco. We stayed in the same hotel as we did on the way up.... 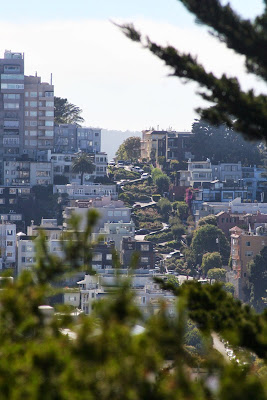 26th August; we thought we had better spend a day in San Francisco! We came in late and stayed late too to miss the traffic and just pottered around Downtown, eating clam chowder and climbing Coit Tower for a 360 view of the city. This view is from there and is the famous Lombard Street with the crooked, wiggly bit in the middle. 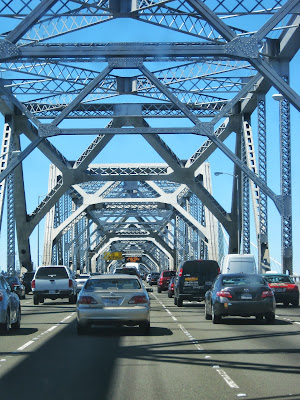 27th August; our last day in the USA and once more back into San Francisco but this time to catch our plane home. We drove in over the Bay Bridge this time; quite a scary experience! 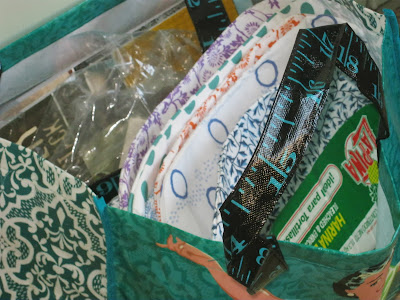 28th August; Some of the goodies I brought back are hidden in this bag! 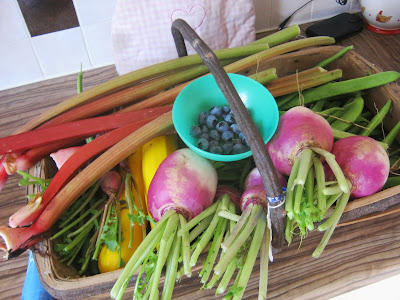 29th August; Ken was up before me and went to harvest all that had grown whilst we were away. Well obviously lots has been picked and eaten but ALL this was still here for us! So that's rhubarb, beans, courgettes, turnips, blueberries and some radishes which had gone woody so we couldn't eat them!

So that is all of our holiday and I guess the rest of my Photo a Day pics will be much less exciting now!

Fabulous pics although I was only interested in the goodie bag one really!!!!! Can't wait to hear all about it and see what you got.