A Book for Dad

In August my Dad was 70. So what did he want for his birthday? Well, he is having a house built in America at the moment so "nothing" was his reply. I couldn't let such a date go by unmarked so I decided to make him a book with pictures of him growing up. Now this was a tad complicated because he divorced my Mum when I was 16 and I have no photos of his "new" wife although things are very amicable. My Auntie Sue was great; since my Nana died she has all the family photos so she scanned an e-mailed me several. Then my Mum dug out a load and I was able to make him a very plain book, containing some pictures that I hope he will be able to cherish. 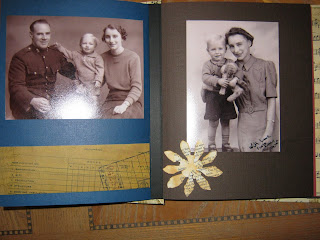 My Dad with his Mum and Dad and then a war time picture that Nana probably sent to Grandad. He was one of the original Desert Rats fighting in North Africa in the War. 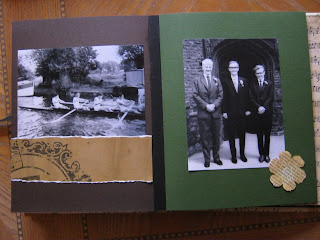 My Dad went to University in Cambridge and this is him in the infamous "Bumps" races, then on his wedding day to my Mum. 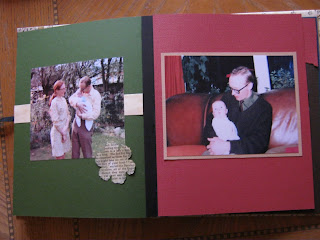 And here are my Mum and Dad with me.I was adopted in 1968 and this is the first ever pic of me with them, followed by a pic with Dad on my first Christmas. 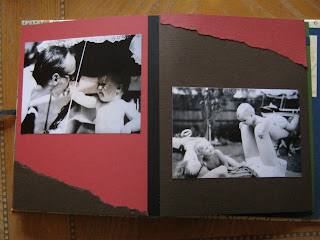 These are pics of me and Dad in our garden at Willow Park. I guess I am about 10 months or so...

I gave it to him today; he didn't say a lot but I hope he liked it.

wow Tash! That's lovely!! Sorry he didn't say much but I bet he'll love it when he has more time to study it:)