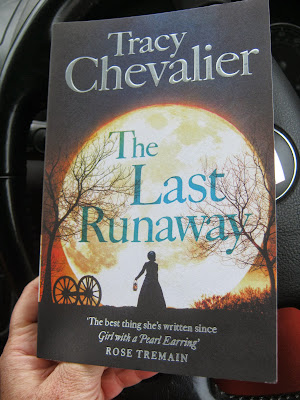 1st October; I am actually reading a book....by that I mean a paper and pages one as opposed to one on my Kindle. I haven't read a proper book like this for ages and it is really reminding me just how much I love the small of a new book! 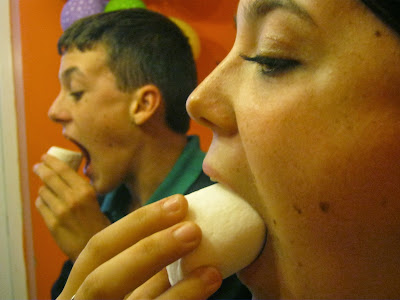 2nd October; we thought we might eat some of the HUGE marshmallows that we bought in America. They really are massive but much nicer than English ones as they are not as sickly. 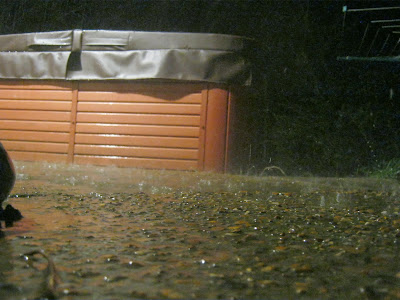 3rd October; it rained tonight; lots. This is how high the raindrops were bouncing off the patio! I haven't seen rain like this for ages. 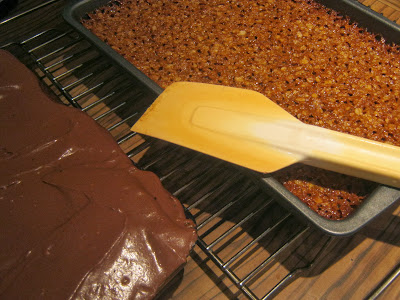 4th October; I had to bake some flapjack and brownie for my son who was doing a scout hike competition. As I was scraping out the bowl I broke my favourite spatula that I have had for 23 years. I have had many replacements bought but they just don't match up to this one that came free with my Kenwood Chef, when I got married! 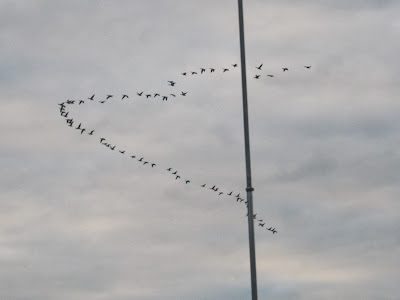 5th October; as I mentioned before, Jasper was in a scout hike competition and I was acting as his service crew, along with another Mum. At one of the checkpoints, I heard and then saw, this huge skein of geese. Sorry about the ariel right across the picture; it was on one of the emergency vehicles and I couldn't avoid it! 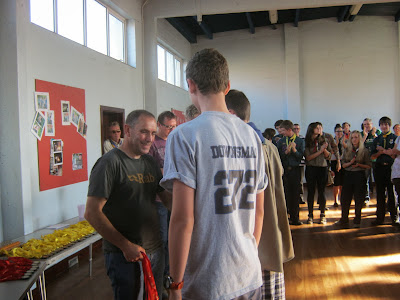 6th October; the day after the hike and it was the presentation ceremony. Despite getting lost, Jasper's team came 8th out of 14 teams, hiking 45 mile in just under 13 hours. 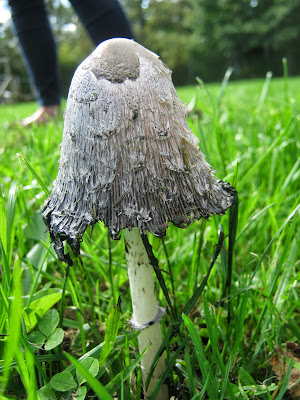 7th October; Muddy Monday and we found these amazing toadstools. The top was glowing like a burnished metal in the beautiful sunshine that we are still having. 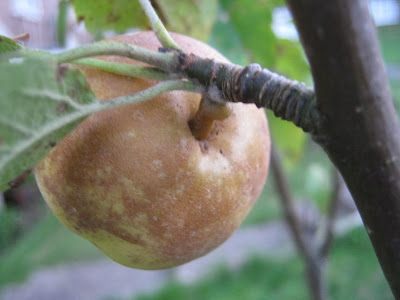 8th October; Trumpet fanfare!!!I finally have an apple on my tree! Well I use the term loosely as it is more like a stick! I have had the tree for about 4 years and this is it's first EVER apple. It is about 2" round so a bit too tiny to eat. I know it looks a funny colour but that is because it is an Egremont Russet. 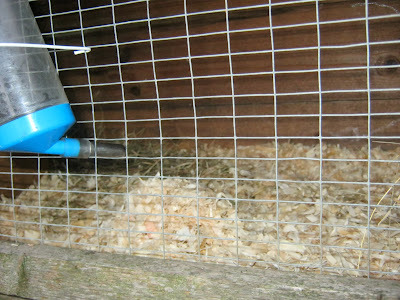 9th October; a sad day. Today Bilbo, our last guinea pig, passed away. We have no idea why; he was running about fine yesterday and this morning he seemed to have had some sort of stroke. He died peacefully whilst Katy was holding him, reaching the good age of almost 5. 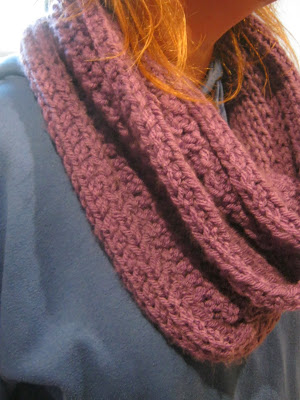 10th October; Ooooo it was chilly today. I think our Indian Summer has ended so it was out with my trusty, cosy cowl that I knitted last year. Nice and snuggly!