On Thursday we took the class to the seaside as part of our Seaside topic. We try and do this every year with slightly different focus. The weather was forecast to be wet with 50mph gusty winds.
Fortunately Mr Weather man got it completely wrong and we had glorious sunshine. The wind was very strong but no-one blew away! We had a great day and the children made some amazing art that I just wanted to share.
They are aged 6/7 and for the most part had little or no help. My group said I could collect white pebbles but that was my only input! 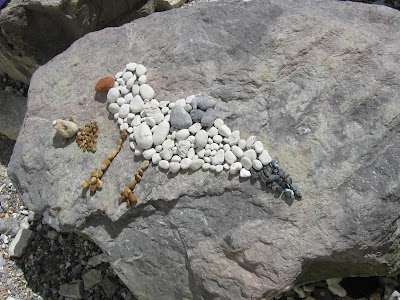 So first off we have a seagull with a fish. This was inspired by the sea-washed brick that is his beak. 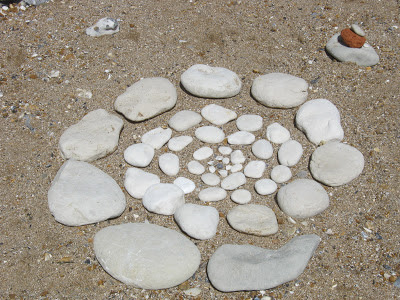 Next an ammonite; we have just finished a topic on dinosaurs and there are often small fossils along this stretch of coast in the chalk cliffs. 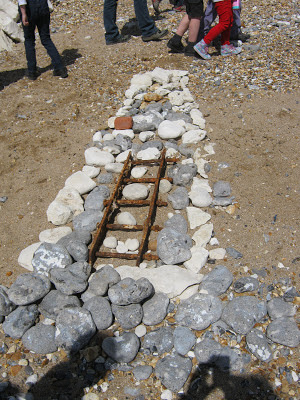 This group were lucky enough to find this rusty ladder and built their lighthouse around it. 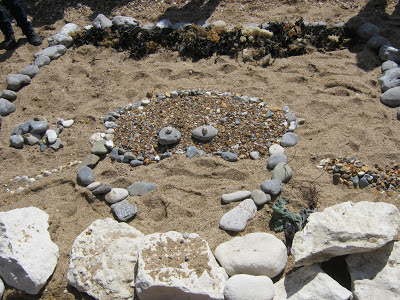 This crab had his own picture frame and little fish to catch! 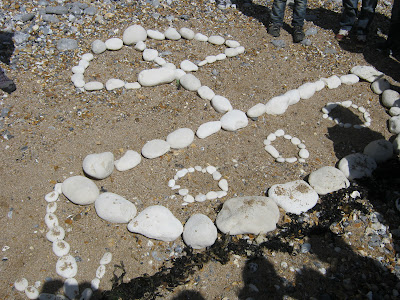 And the ship had a seaweed sea to sail on. I love the anchor too. 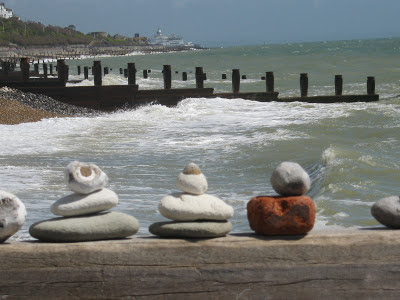 I wasn't able to show pictures of all the art as some have the children in which I obviously can't post on here. This was just something the children had added to one of the groynes after they had finished their sculpture. I wonder if you can guess what beach we were at from this view? 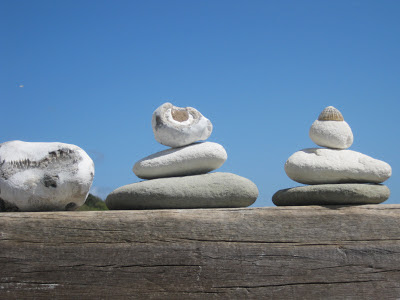 Same place, different angle but I was after a good shot for my desktop! You can see just how clear the sky was. 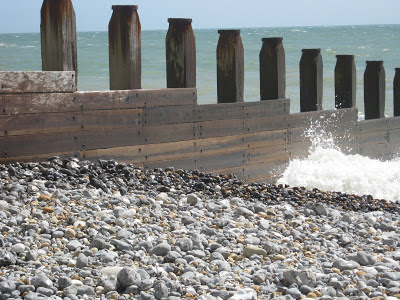 I spent ages trying to get the crashing waves as it was so windy but they just didn't come quite high enough when I had my camera out. I was there working after all, so these all had to be really quick snaps! 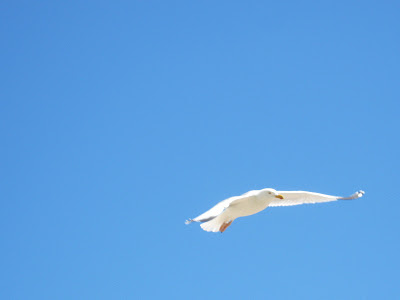 Managed to capture this seagull coasting on the breeze... 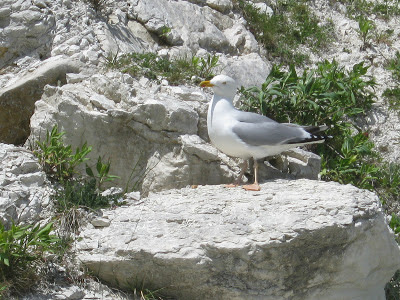 ....and his mate, eyeing up the picnic lunches. 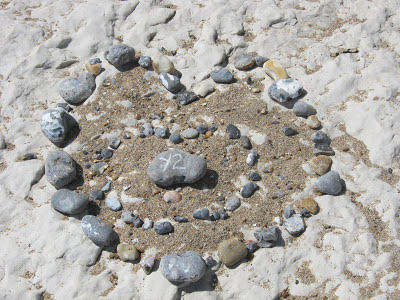 I thought this sculpture summed up the day! A delightful group to take out and so nice to get them out in the world to learn rather than cooped up in classrooms. From the way some of them reacted when we said they could throw stones into the sea and run away from the waves, you would think they had never been allowed to do so. Maybe they haven't; if so I feel privileged to have shared the experience with them. Thank you Year Two!

Fabulous post Tash! Love love love the pebble pictures:) Glad you had a lovely day out.