After a morning of jobs like hairdressers and orthodontist we discovered that all 6 of us were actually in the house at the same time. It was still quite sunny so I decided that we would go out together for once! After a family vote it was decided to go to Wakehurst Place, just up the road. We are National Trust members but don't use our card enough, so off we went.
It was quite chilly but when the wind dropped it warmed up again. I took nearly 200 photos but I won't bore you with all of them! Here are some of my faves... 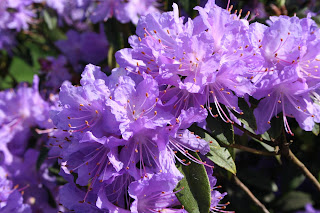 A rhododendron...a few were out even though it's a bit early still 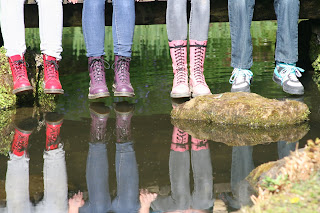 My lot sitting on a bridge. Love their boots in this, maybe I should send to Dob Martens for an advert! 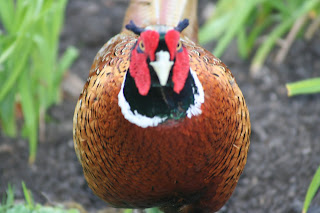 This cock pheasant was strutting his stuff and I kept trying to get a good pic. In the end he marched straight towards me but I had a zoom lens on so that is why his face is not quite in focus but I think it is still an ok shot. 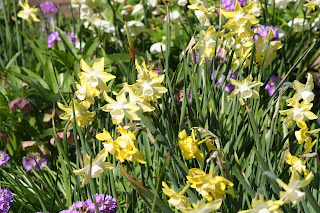 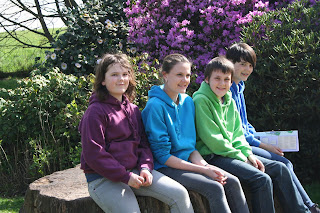 And finally the gruesome foursome, what clones, all in their matching hoodies! I shouldn't think there will be too many more pics like this before Jess is off to Uni in the Autumn. They are from l-r Eliza, Jess, Jasper and Katy.
Posted by Chicken Licken at 12:04

looks like a great afternoon out Tash! Got to love the boots reflected in the water - you should definately send that one off!

great shots, love the bridge one, was trying to figure out how they were walking on water lol

What fab pictures... I love the boots!.. definately one for scrapping!