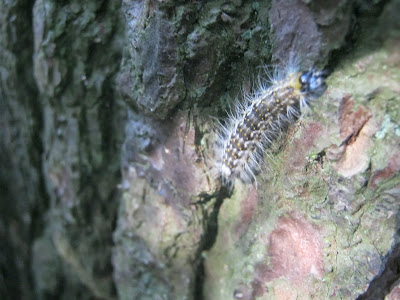 23rd September; outside learning and look at this really hairy caterpillar that the children found!! 24th September; after work yesterday Katy and I drove all the way up to stay with my Aunt in Lincolnshire. That was so that we could go to a Uni open day at York. We had to go over the Humber Bridge....not quite like the Golden Gate! 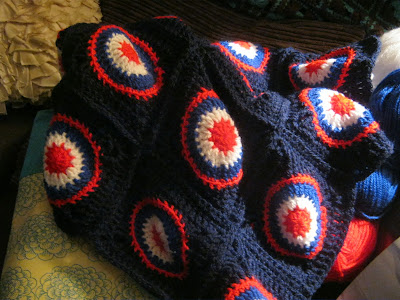 25th September; been crocheting. still trying to finish off this one I started in America for Jasper. 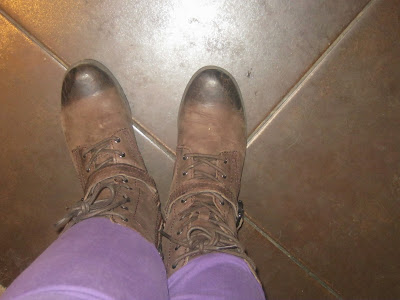 26th September; I am wearing boots now. Typically the weather this week has been rather warm! 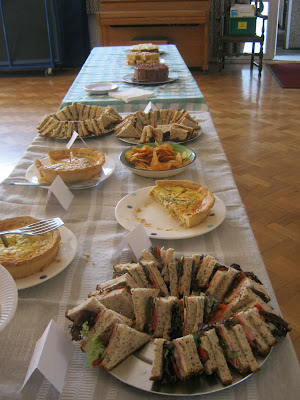 27th September; we had an INSET day and we had a lovely buffet lunch provided for this one! It was delicious....especially the quiches. I ate lots! 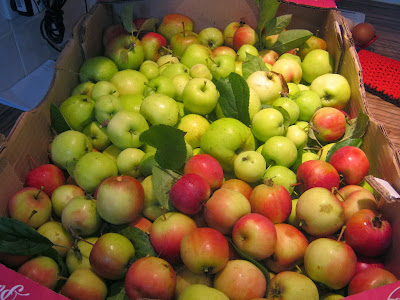 28th September; last night I had to collect my car and on the way I noticed some apples growing by the road. So today we scrumped them! I think that the red ones are actually crab apples but the green ones are normal apples that have never been pruned so they are rather tiny and sour. 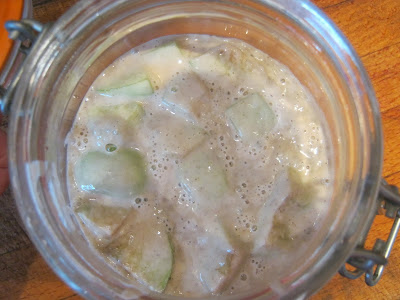 29th September; as well as making tons of jelly yesterday, I started a sourdough starter. I just bought the Paul Hollywood bread book and he tells you how to do it. Yesterday it was a bit dull but today it is beginning to ferment! The lumps are apple and no..... it isn't sick, despite looking like it!